The gateways linking the great libraries of the world don’t require a library card, but they do harbor incredible dangers.

And it’s not your normal bump-in-the- night kind. The threats Gia Kearns faces are the kind with sharp teeth and knifelike claws. The kind that include an evil wizard hell-bent on taking her down.

Gia can end his devious plan, but only if she recovers seven keys hidden throughout the world’s most beautiful libraries. And then figures out exactly what to do with them.

The last thing she needs is a distraction in the form of falling in love. But when an impossible evil is unleashed, love might be the only thing left to help Gia save the world.

I didn’t want to kill the girl, so I hesitated to throw another globe at her. Squaring my shoulders, I got ready for her attack. When the girl got close enough, I threw a kick to her gut and slammed my fist against her jaw. She stumbled back against the frozen railing. It broke free, and she fell over the side, landing on a table below. Her body was half on and half off the table, her neck bent at an odd angle and the bones underneath pushed against her skin.

A shimmery light left the girl’s body and flew to me, smacking my chest. I took a step back, expecting to turn into a human Popsicle, but nothing happened, only a chill that rushed across my skin and quickly ended.

“You killed her,” Veronique yelled as she stepped up on a chair and onto a table. She charged the length of it, heading for me.

I dropped to my knees and flipped through the pages of the gateway book. My heart galloped like a thousand racehorses on steroids. I needed to escape.

Where do I go? I can’t lead her to the others. I stopped on the photograph of the Boston Athenæum. Home? To Nana. Afton. No. Veronique knew where Nana Kearns lived. I couldn’t risk going there. I tossed over more pages.

Just then, Veronique pulled herself up onto the balcony and let loose another fire globe. The flames licked the air and smoke trailed it like a comet. The fire grazed my cheek, pulling a sharp gasp from my chest.

Her breaths were loud—panting. The sound of a siren drew nearer. We’d have company soon.

A feral look on her face, Veronique plucked a dagger from her shoulder sheath. A velvet bag, weighed down by something heavy inside, was tied around her waist.

The other Chiavi? I had to get them. I grasped the strap of my messenger bag.

“I beat your ass, and I took care of your friends.” Meaning the three Sentinels lying dead on the floor below us. I forced my eyes to stay on hers, acting brave, though their deaths were like an overweight barbell on my conscience.

Her step forward caused me to step back. “That was dumb luck,” she said. “This will take skill.”

She ran for me. I drew my sword and swung at her. She ducked, the blade barely missing her. Before I could get another swing in, she tackled me, our bodies smacking into the bookcase, my sword knocked from my hand.

A satisfied look crossed Veronique’s face right before she stabbed my upper arm with her dagger, her blade cutting across my cheek. A horrified scream rattled my throat. My knees buckled and thudded against the floor.

“Shit!” The pain shocked me. I wanted to roll into a ball on the floor, to have this end.

She’s going to kill me. I’m going to die.

Fight, Gia! The voice in my head was strong and forceful. It pushed me. Pushed me to my feet.

Pushed me to take action. 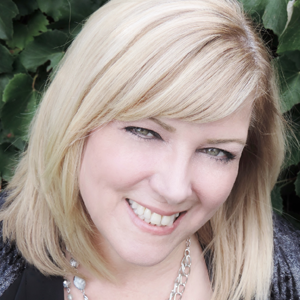 Brenda Drake is a New York Times bestselling author of young adult fiction. She grew up the youngest of three children, an Air Force brat, and the continual new kid at school. Her fondest memories growing up is of her eccentric, Irish grandmother’s animated tales, which gave her a strong love for storytelling. So it was only fitting that she would choose to write stories with a bend toward the fantastical. When she’s not writing or hanging out with her family, she haunts libraries, bookstores, and coffee shops, or reads someplace quiet and not at all exotic (much to her disappointment).

I’ve been talking with a few people about books that help us all become better writers. My firm belief is that nothing helps us learn to write more than reading with an analytical eye. Quantity is as important as quality. The bad ones are as telling about how not to write as the good ones teach us correct principles. But there are some books that changed the way I looked at writing. This is one of them: Writing the Breakout Novel, by Donald Maass.

There is the book to read and the workbook that helps you put his ideas into action.

He gives practical advice on why your book might not be selling, and whether you’re going self-pub or traditional, most of us care about making money for our effort. Some ideas include taking things to the limit and having conflict on every page.

While I think that a lot of what Maass says about how to write is driven by his opinions, he is one of the leading agents in the industry and has a lot of experience with what gets published and what doesn’t. Listening to his advice is worth something. And writing exercises can be painful, but nothing comes free.

Here are my February goals:
1) Read one book every week, one of which is about how to improve my writing.

4) Do not get depressed when I am rejected.

6) Outline all of TGM. Decide on POV and tense for TGM.

GOOD LUCK TO ALL MY #WRITEMOTIVATION FRIENDS! I will be seeing you again this week. And I bought Girl Scout Cookies.

The False Prince was one of the best books I’ve read in a long time. From page one, I loved the main character, Sage. He’s clever, strong, everything a hero should be. The twist at the end wasn’t wholly unexpected, but felt like another prank Sage had played–on me.

In this first book in a remarkable trilogy, an orphan is forced into a twisted game with deadly stakes.

Choose to lie…or choose to die.

In a discontent kingdom, civil war is brewing. To unify the divided people, Conner, a nobleman of the court, devises a cunning plan to find an impersonator of the king’s long-lost son and install him as a puppet prince. Four orphans are recruited to compete for the role, including a defiant boy named Sage. Sage knows that Conner’s motives are more than questionable, yet his life balances on a sword’s point — he must be chosen to play the prince or he will certainly be killed. But Sage’s rivals have their own agendas as well.

As Sage moves from a rundown orphanage to Conner’s sumptuous palace, layer upon layer of treachery and deceit unfold, until finally, a truth is revealed that, in the end, may very well prove more dangerous than all of the lies taken together.

An extraordinary adventure filled with danger and action, lies and deadly truths that will have readers clinging to the edge of their seats.

New York Times Bestselling author, Jennifer Nielsen, was born and raised in northern Utah, where she still lives today with her husband, three children, and a dog that won’t play fetch. She is the author of The Ascendance trilogy, beginning with THE FALSE PRINCE; of The Underworld Chronicles, beginning with ELLIOT AND THE GOBLIN WAR; the forthcoming PRAETOR WAR series, and will write the sixth book of the Infinity Ring series (BEHIND ENEMY LINES). She loves chocolate, old books, and lazy days in the mountains.

One thing I learned from Mrs. Neilsen’s blog was that you should never give up. She set a goal to be published before age 17. Though she didn’t make that goal, she kept trying. She wrote four books before getting her fifth published, and is now a great success!