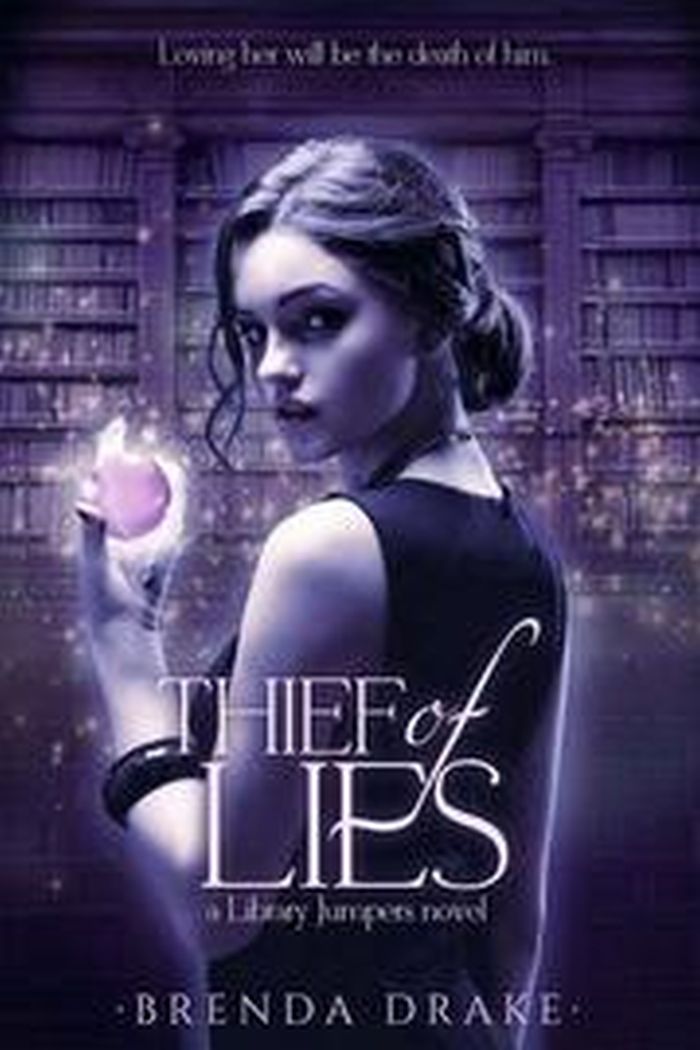 What a fun read! This book took me a couple of chapters to get into, but then it really pulled me in. If you like romance and a really great twist on what’s lurking in your local library, this book is a must-read.

A girl learns about her magical heritage and preordained fate just as an evil wizard threatens to take over an enchanted world in this YA series opener by Drake (Touching Fate, 2015).

Gia knows she loves libraries. But she doesn’t realize that she can use them as portals to other libraries around the globe until she accidentally falls into a book, taking her friends Nick and Afton with her. On the other side, they encounter a horrible creature the size of a rhino under attack by several teenagers in armor, including Arik, a dreamy warrior who shares a love of Gia’s favorite children’s book. These teens are Sentinels, protectors of the gateways between the human world and the realm of Mystiks, or magical folks. Not only does it turn out that Gia is a Sentinel herself, but she’s also the prophesied daughter of two Sentinels—an illegal union—and she may bring about the end of the world. But Gia’s not one to let prophecies and rules interfere with her dreams; she agrees to train as a Sentinel for the summer, as long as she’ll get her old life back in the fall. But as Gia becomes deeply involved in the Mystik realm, where anyone could be an agent of Conemar, the sinister wizard set on global domination, she realizes that more depends on her there than at home. This familiar-feeling novel boasts some energetic new twists. Drake’s worldbuilding is intriguing: powerful battle globes (Arik wields a fire globe; “He can manipulate the fire into a thin whip”), new races of fairy creatures who work in tandem with Sentinels and wizards, and—best of all—portals in libraries, which many readers will eagerly believe are mystical places. And while Gia possesses a clear teen voice, her romantic feelings remain inconsistent; her relationship with Arik seems on again, off again before it ever starts. Other plot points, such as the mistaken identity of a key character, remain muddled. And a late-introduced love triangle seems inserted almost haphazardly.

While suffering from too many characters and some convoluted plot elements, this novel still offers an exuberant mashup of portal fantasy and chosen-one motifs.

Kirkus is tough! I think we should focus on the last phrase, “this novel still offers an exuberant mashup of portal fantasy and chosen-one motifs.” It was a great escape for a couple of cold winter nights.

Brenda Drake grew up the youngest of three children, an Air Force brat, and the continual new kid at school. Her fondest memories growing up is of her eccentric, Irish grandmother’s animated tales, which gave her a strong love for storytelling. So it was only fitting that she would choose to write stories with a bend toward the fantastical. When she’s not writing or hanging out with her family, she haunts libraries, bookstores, and coffee shops, or reads someplace quiet and not at all exotic (much to her disappointment).