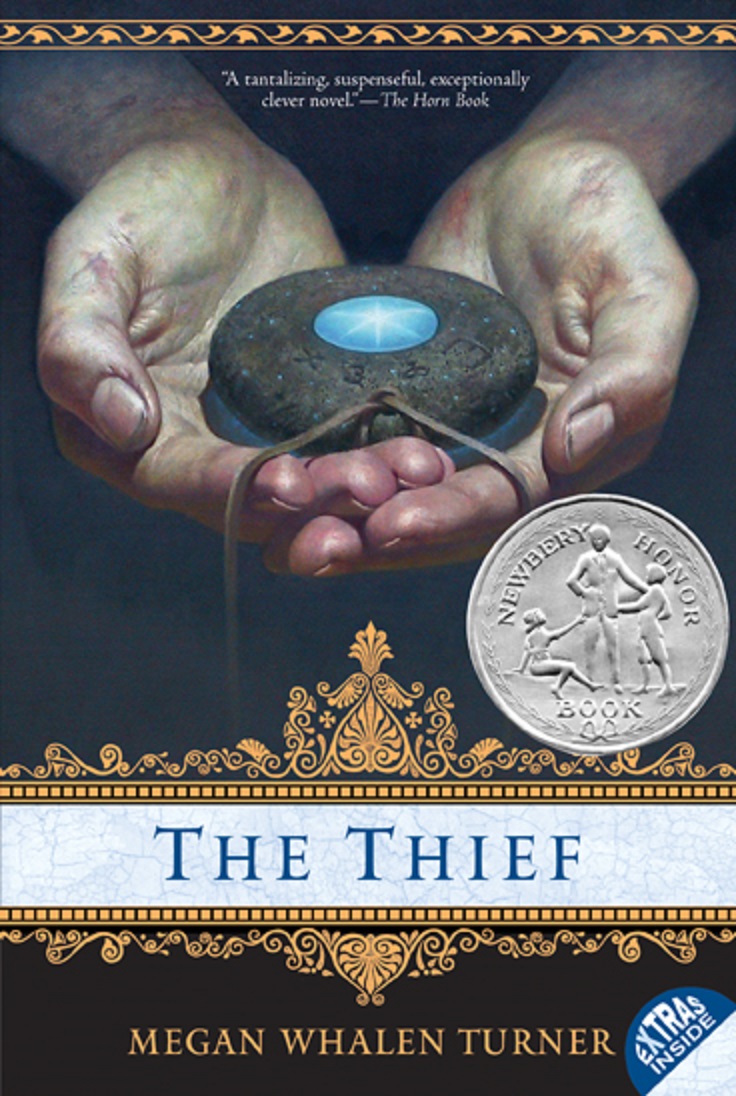 The talented Megan Whalen Turner is the author of The Queen’s Thief series. She gives the following bio on her website. “I graduated from The University of Chicago with a BA in English Language and Literature with honors in 1987. I worked as a bookseller for seven or eight years before I started writing. My first book was a collection of short stories called Instead of Three Wishes. My first novel was The Thief, which was awarded a Newbery Honor in 1997.”

This Newbery Honor Book has some fun twists and turns. The author, Megan Whalen Turner, takes her inspiration from Greece. While she has a pantheon similar to that of the Greek Gods, the story is woven with the myths and legends of their own world.

Here is the jacketflap description:

“I can steal anything.” After Gen’s bragging lands him in the king’s prison, the chances of escape look slim. Then the king’s scholar, the magus, needs the thief’s skill for a seemingly impossible task–to steal a hidden treasure from another land.
To the magus, Gen is just a tool. But Gen is a trickster and a survivor with a plan of his own.

The first half of this book was a bit slow for me. I had a hard time connecting with Gen because of his arrogant attitude. I did sympathize with his plight, but it wasn’t enough to keep me in suspense. The second half of this book was great! Engaging, unfolding, heroic, and unexpected. Overall, I liked it.

This book is the first in a series.