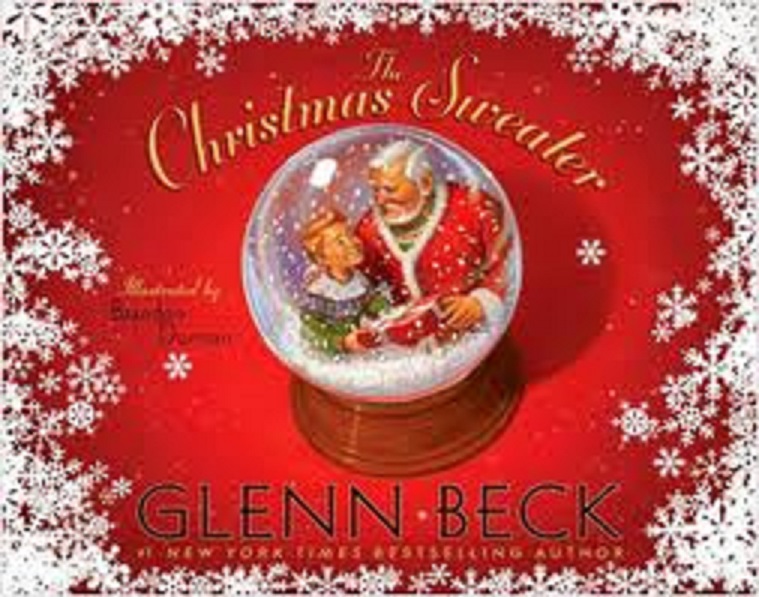 A friend of mine recommended this book–a book I never would’ve chosen on my own. Christmas stories inevitably make me cry, which is something I refuse to inflict on myself. Overall, I really enjoyed the story, and it’s short enough that the few hours it took were worth it.

Based on a deeply personal true story, Glenn Beck’s bittersweet tale of boyhood memories, wrenching life lessons, and the true meaning of the giving season has touched the hearts of readers everywhere.

If you could change your life by reversing your biggest regrets, sorrows, and mistakes . . . would you?

When Eddie was twelve years old, all he wanted for Christmas was a bike. He knew money had been tight since his father died, but Eddie dreamed that somehow his mother would find a way to afford that dream bike.

What he got from her instead was a sweater. “A stupid, handmade, ugly sweater” that young Eddie left in a crumpled ball in the corner of his room.

Scarred deeply by the fateful events that transpired that day, Eddie begins a dark and painful journey toward manhood. It will take wrestling with himself, his faith, and his family—and the guidance of a mysterious neighbor named Russell—to help Eddie find his life’s path and finally understand the significance of that simple gift his mother had crafted with love.

Glenn Beck narrates the book and also includes a prologue where he explains the experiences in his own life that led to the writing of this book. It was a nice touch.

~The idea that so much character development could happen within the course of a twelve-year-old’s dream.

~I felt like the end was a cheat. I don’t like it that everything ended up unrealistically happy, but it is a Christmas story so . . .

~The characters were real, vivid, flawed, and lovable.

~It made me laugh out loud more than once.

~It made me think about my own childhood and the things I went through, experiences, and what I’ve learned.