An amazing world! Leigh Bardugo has a gift for building a fascinating setting rich with myth, science, and people I deign to call characters.

Don’t read the Kirkus Review if you don’t want spoilers for the first and second books.

If opener Shadow and Bone (2012) was a magical coming-of-age story and middle-volume Siege and Storm (2013) was a political thriller, then this third book is an epic quest. Together with faithful childhood friend and would-be lover Mal and the last few remnants of the rebellious Grisha who aided her in the failed rising against the Darkling, Alina leaves the dubious protection of the Rasputin-like Apparat and the zealots who hail her as a saint to go looking for tsarevich Nikolai and for the fabled firebird. They seek Nikolai as the last political hope for Ravka’s future and the firebird for the third amplifier that will make Sun Summoner Alina invincible against the Darkling and powerful enough to unmake the Unsea that divides Ravka in two. Neither quest is easy or obvious, as Bardugo places obstacles both physical and emotional in Alina’s path at every turn. She is most successful at delineating Alina’s internal conflict as she struggles to balance love for Mal against both pragmatism and fondness for Nikolai, desire for peace and justice against naked lust for power. Secondary characters truly come into their own here, particularly the ragtag band of Alina’s Grisha, in whose friendship she finds salvation. Every time readers may think she’s written herself into a corner, Bardugo pulls off a twist that, while surprising, will keep them turning pages furiously.

The beginning of the first book is sweet and took me in because the characters are orphaned and defended one another (though it does follow the trope of orphan turned powerful because they hold the unique key to saving everyone). For the first few pages, I thought this was going to be another run of the mill Medieval retelling. Thank goodness I was wrong.With the turn of every page, the layers of this world build effortlessly for the reader. I loved the idea of “magic is science” which I identify with as a scientist. The world becomes more believable, finding parallels in later books with Saints vs. Science that exists in our real world. The characters are real to life, flawed but doing their best. Sometimes it’s enough. Sometimes it’s not.The first book has some great twists and turns, the second is good but a bit more transparent, and the third book is predictable. Not everything, not the details, but the main story. Even knowing the end, I loved the getting there!

Leigh Bardugo is the #1 New York Times bestselling and USA Today bestselling author of Six of Crows (awarded starred reviews from Kirkus, Publishers Weekly, VOYA, SLJ, and the BCCB) and the Grisha Trilogy: Shadow and Bone,Siege and Storm, and Ruin and Rising. She was born in Jerusalem, grew up in Los Angeles, graduated from Yale University, and has worked in advertising, journalism, and most recently, makeup and special effects. These days, she lives and writes in Hollywood where she can occasionally be heard singing with her band.

The word DEADLINE weighs heavy on our culture.

There are at least seven novels . . . 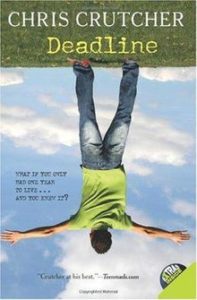 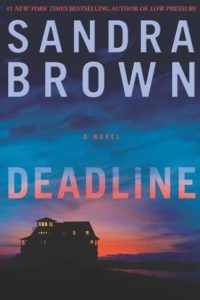 and an online entertainment magazine with the name Deadline.

All of these images evoke anxiety for me, and perhaps that anxiety is what motivates us. During my years at the university, fear of failure redefined the idea of deadlines to me. Paying thousands of dollars to not turn in a paper or project was unacceptable. Children screaming because their diaper had reached critical mass became another type of deadline. Business demands, life demands, the desperate need for sleep and food–life is riddled with deadlines of all shapes and sizes.

There are two major definitions . . .

The first definition fits my lifestyle. Note the word ‘should’. It’s a loose one, weak, with low consequences.

The second definition is how (I’ve heard) most published authors feel about due dates. That pressure has one advantage, though it comes at a high price. Deadlines make us organize, have goals (even if they’re forced), and become more productive.

College, running a business, having three children in four years, I know what we can endure. Without these deadlines, it’s a rare person who pushes themselves out of that comfort zone.

I’ve found that goals with deadlines are useful and help me stay motivated, especially when I reward myself with something I really want, like a writer’s workshop, a pedicure, or a tiny chocolate.

I hope you can find a way to stay motivated and use deadlines to your advantage. It will be good practice if you don’t already have an agent, editor, or publicity person keeping you on your toes.